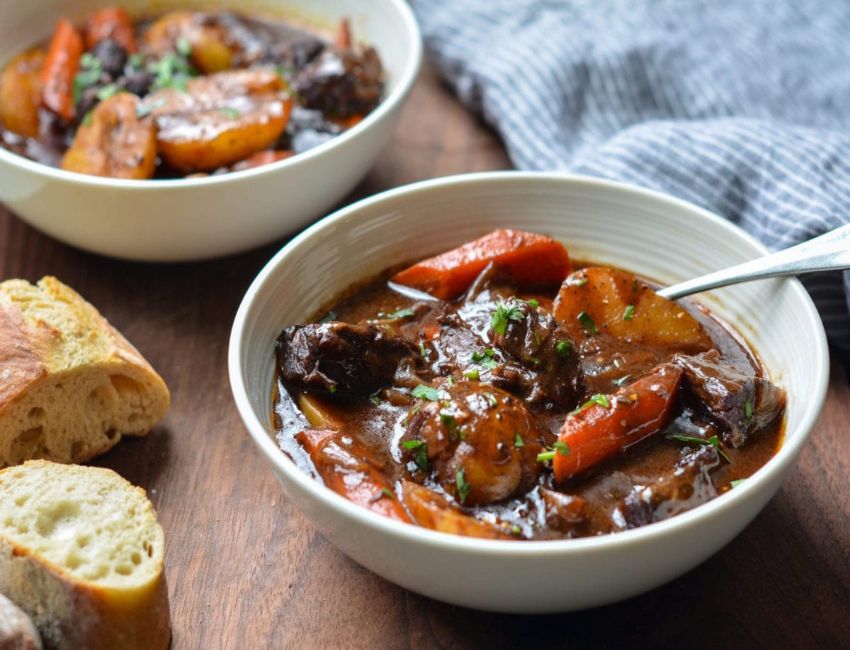 For several months now, as I loaded up the slow cooker with meats and veggies several times a week,  I wondered what it would taste like to include beets in a stew. I hesitated because I worried the sweetness of the beets would be offset in a dish that is typically savory, like a stew.

This week, I gave it a try and it turns out — it’s delicious! The sweetness of beets disappears and the earthy flavor becomes prominent.

I decided to call this B&B Stew for two reasons.  First, Beef and Beet Stew isn’t a super appealing name.  It sounds a bit utilitarian. Where’s the sassiness and fun?

Secondly, B&B evokes the concept of a bed and breakfast — and bed and breakfasts are such cozy, homey environments and the perfect place for a warm, flavorful, simple stew, such as this one.

I drizzled lime coconut milk on top and garnished with chives to make it pretty, but you could also just stir those ingredients in at the very end if you are not planning to present your meal to guests or photograph it for your blog.

Salt and pepper to taste