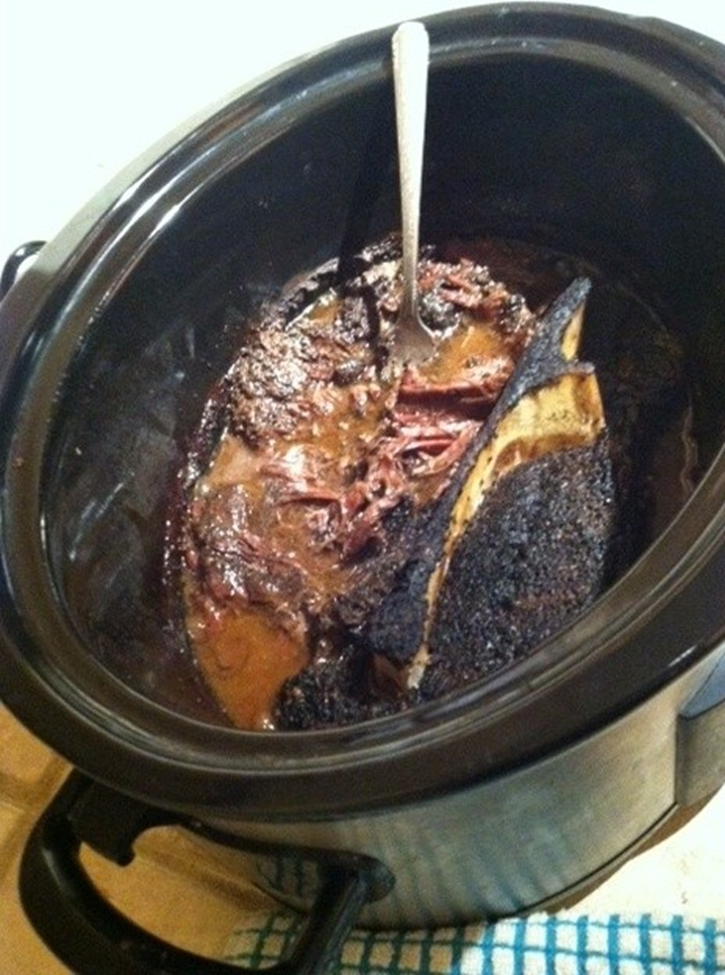 As I mentioned last Friday, Matt and I are on vacation in Florida this week.  We are spending the first half of the week with my sisters in a rental house on the Gulf Coast.

We have been taking our time getting going each day and eating super simply — a hearty breakfast whenever we wake up, a few afternoon snack if we are hungry and an evening meal together.

Sunday night, we ate dinner at a restaurant along the coast to celebrate my sister Anne Marie’s birthday.  I had salmon that made me remember how divine well-prepared salmon can be.  Matt ordered a fish we had never heard of because the waiter told us it was exceptionally high in omega-3 content.

Talk about having the right message for your audience!  Yesterday, I put a rosemary chicken in the slow cooker before we left for dolphin watching and we had that for dinner when we got back.

The dolphin watching was far cooler than I imagined. I’ll admit — at first, I was more excited by the chance to get out on the water and spend time with my sisters than I was to see a few grey fish jump in the distance.   But, apparently, the dolphins like to play in the waves created by the boat’s wake, giving us an up close view.  Seeing those sleek animals leap their half-ton bodies up and down behind the boat made me gasp every time.

Anyhow, my chicken hit the spot for dinner but I need to improve the recipe before I share it.  However, it got me thinking about another slow cooker recipe that I just couldn’t get enough of the past few weeks.  The first time I made it, I took a serving to work and left the rest in the fridge for Matt.  Just after noon, he called to ask me what I had done to make the roast turn out so good.

“Umm, I followed a recipe I found on-line,” I told him.

“You should make it again,” he said.  It sounded like he was taking forkfuls of meat as we spoke.

The next few times I make it, I tried to modify the recipe.  I wanted to be able to offer a fresh twist on the coffee roast concept.  However after three attempts, all of which were inferior to the original, I decided the best service I could provide to Nourish Paleo Foods readers was to post the recipe as it was listed on The Paleo Drummer site so you too can taste the deliciousness.