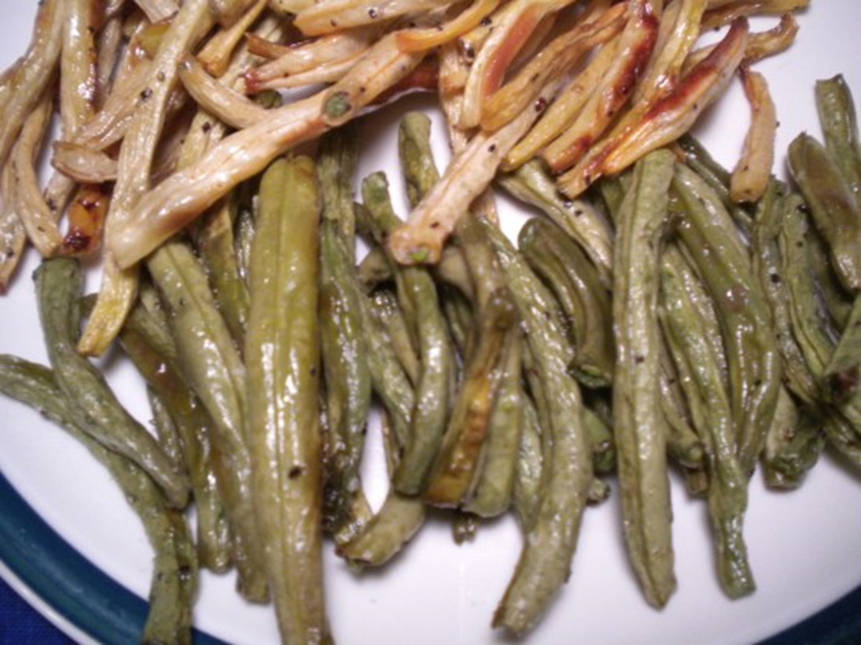 If were to write a cookbook, I would title it, “Toss with Olive Oil, Salt and Pepper. Bake.”  It would be an instant classic, noted for its simplicity and genius.

Honestly,  if that’s all a girl ever did to her food, she would be living like a queen.  There is no vegetable that doesn’t taste amazing coated in olive oil or coconut oil, doused in salt, sprinkled with pepper and baked in the oven at 400 degrees.

Here’s one great example — green beans.  Two weeks in a row, we received large bags of beans in our farm share.  Preparing them this way changes this vegetable from “ok” to “amazing.”   The beans come out crispy and salty.  After I took this picture, Matt ate every one of the green bean fries pictured, plus a few more that were still on the tray.

A note to the paleo crowd – green beans are legumes and some folks would argue they are therefore not paleo.  Personally, when I read they were given the green light by the very educated and very paleo-strict Melissa and Dallas of the Whole 9, I decided to keep them in my diet.

Oil, about 3 or 4 tablespoons.  I used coconut oil because it is better for high heat roasting.  But I have used olive oil and that’s delicious as well.

Salt and pepper to taste