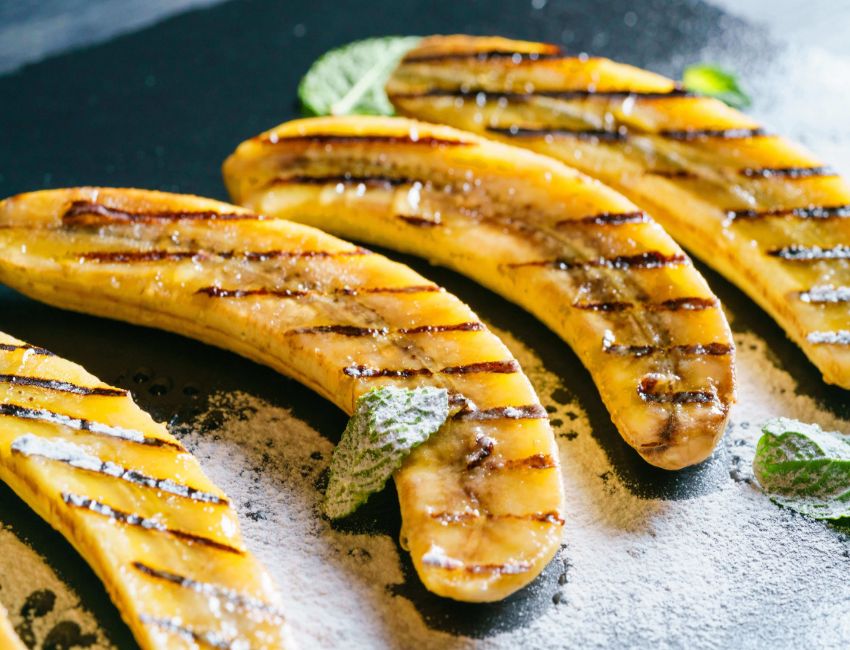 If you knew me when I was younger, you would be totally confused now. “Why would Mary Catherine post a recipe that features a banana?” you might lay awake at night wondering.

I can see why you are puzzled. It’s true. I hated this thick-skinned, yellow fruit passionately for years.

My father attributes my strong anti-banana stance to one hot summer day when I was two years old and splattered mashed bananas across the back seat of the station wagon. “The whole drive from Rhode Island to Maryland, the car reeked of banana,” he recounted, shuttering, years later. “The smell was terrible; it must have scarred you forever against bananas.”

Whether it was that experience or some other banana catastrophe, I avoided (and maligned) bananas for the first three and a half decades of my life.

Then slowly a few years ago, I began to give bananas a chance. They were pretty convenient, all neatly, naturally wrapped for travel. I started to buy them from time to time. I noticed that if I selected them carefully, the texture was not bad. And they had a nice touch of sweetness.

Honestly, I think their sweetness is what eventually won me over to the banana-side. As I began to eat more paleo and reduce my intake of processed sugar, I began to see bananas as a paleo-friendly pseudo-dessert — a  nice way to finish off your paleo meal.

In this recipe, the banana is elevated to a higher level of yumminess because it is brushed with spices commonly found in desserts, grilled to bring out more sweetness and loaded with toppings you would find a paleo sundae bar.

I believe that if I had tried this recipe in high school, I might have joined Team Banana decades earlier.

Grilled Banana with All the Toppings

Banana, 1 (It should be towards the ripe side, but still firm.)

Other, as desired.  Go crazy!